A couple of years ago, I finally completed my thesis project for grad school. It started with a font I created. I really liked the design, and the meaning I had ascribed to it. But all I had time for were the lowercase letters – and being so new to type design, I had not the slightest idea how to create complementing capitals. Even months later I was still at a loss. But I knew that one day I hoped to finish the design and release it.

This is where I left the design two years ago, with a half-hearted attempt at some uppercase letters.

Since leaving grad school I’ve learned a good deal about designing type, especially text faces (vs display faces). I’ve learned how to harmonize a regular face with an italic face, and that capitals don’t have to mimic the lowercase exactly, as they began life as two entirely different alphabets anyway.

So with all that in mind, a couple of months ago inspiration struck and I spent a weekend re-sketching the Coalescence design, smoothing out the rough places and bringing a little more consistency. 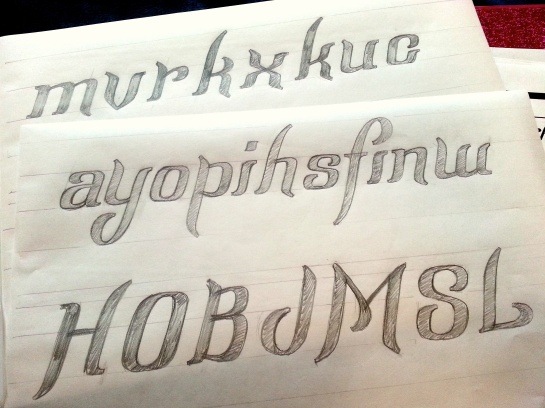 Coalescence is far from finished…but I like the direction it’s going so much more now. And once the design for the capitals, numbers, and punctuation is decided, I intend to work on the two more complex versions of it as well. 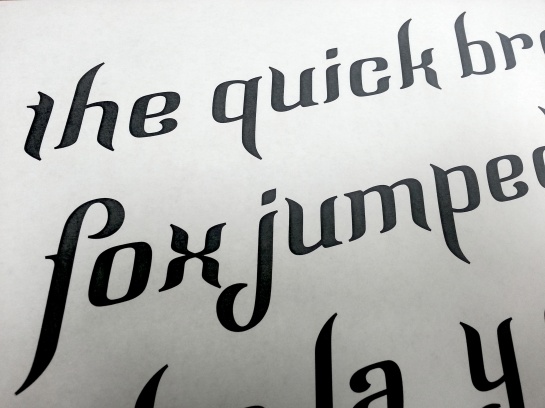 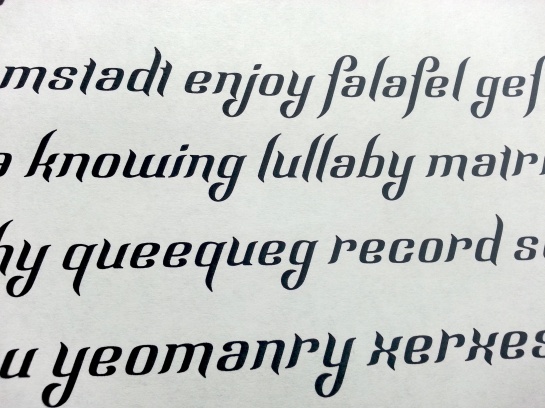 So stick around for a completed version of Coalescence! Oh, and if you’re curious about my full thesis, you can find the published version here. If you want to pay basically $1 per page…