I read this article posted on the AIGA website yesterday, and the last few paragraphs really resonated with me. It was written by a collector of ‘notgeld’, or fake money printed in Germany after WWII. The country was so poor different towns and cities printed their own money to use as currency until the economy turned around. Instead of just slapping a design together, great care was taken with each design and made beautiful. Some of the designs are sorrowful and poignant, some hopeful, some humorous. Even in the midst of a horrible situation.

“Notgeld lifts the curtain on an historical past and on a craftsmanship that to a great extent has disappeared. The care and love that went into these little masterworks should be a salve to our sensitivities bruised by the visual chaos and disorder of present day America—increasingly a third-world culture, artistically speaking.

Why do our postage stamps no longer honor George Washington and Benjamin Franklin, but Donald Duck and Batman, Bob Hope and Howdy Doody? And why are they no longer engraved, which formerly signified and honored their status as official government documents, no less official than our paper currency? (Well, in 2005 there was an engraved stamp honoring Greta Garbo. But that was engraved in Sweden, reissued by us.)

Whatever happened to the classic bottle of Bayer aspirin? It was once a model of sobriety and simplicity. Now it’s a grab bag of jarring colors, intended to jump right off the Duane Reade shelf into your shopping cart. Happily, they left the pills alone. But why not? The stuff has already been bought.

Why are most electrical outlets installed crooked?

Why are hand-lettered signs rendered as if it was enough to merely convey a message with no regard for it appearance? The other day I saw a sign announcing a “Moveing [sic] Sale,” its verbal illiteracy matched only by the visual illiteracy of letter forms indifferently sized and spaced. Regarding verbal illiteracy, what can one expect when only one out of six Americans even reads books, and most Americans don’t even pick one up (telephone directories and Maltin’s guide to video movies excepted). If the sign “Open for Business” is crudely lettered, what does that say about the business? Or us? The poet Antonio Machado pleaded, “Slowly now, nice neat letters / the point is to do things well / not just to do them.” 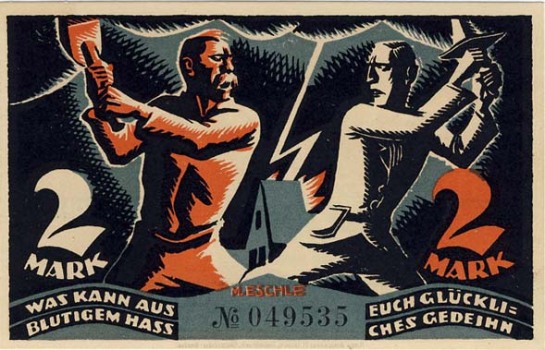